If you’re interested in a career in the industrial sector, then becoming a boilermaker is one path that you’ll want to consider. Boilermakers earn a good income and you don’t have to complete a four-year degree to become one.

However, the nationwide demand for boilermakers isn’t as high as it is for many other types of industrial jobs. That’s why it’s really important to know exactly where you should be looking for boilermaker jobs when the time comes to do so.

To help with that, we’ve put together the following article. It details some of the most important aspects of becoming a boilermaker and highlights the top areas to find a job as one. Keep reading to learn more.

What does a boilermaker do, exactly?

Boilermakers work with boilers, vats, and other big containers that are used to hold gases and liquids. The employees are responsible for assembling, installing, and repairing these containers.

For example, here are some of the typical responsibilities that a boilermaker will have to complete throughout their work:

One thing to keep in mind if you’re interested in becoming a boilermaker is that the job is demanding. Boilermakers often have to work in tight, cramped spaces and at great heights. Individuals in this role also have to constantly move heavy equipment and components, which makes the job physically demanding as well as dangerous.

Are boilermakers in high demand?

It’s also worth noting that the total number of jobs available for boilermakers isn’t very high, to begin with. The state that’s home to the highest number of boilermakers still only has 3,620 of them working within its borders.

Boilermakers earn a great income. The average annual salary for someone in this position is $65,360, or about $31.42 per hour. That number looks good when you compare it to other salaries that an individual can earn without having a college degree. 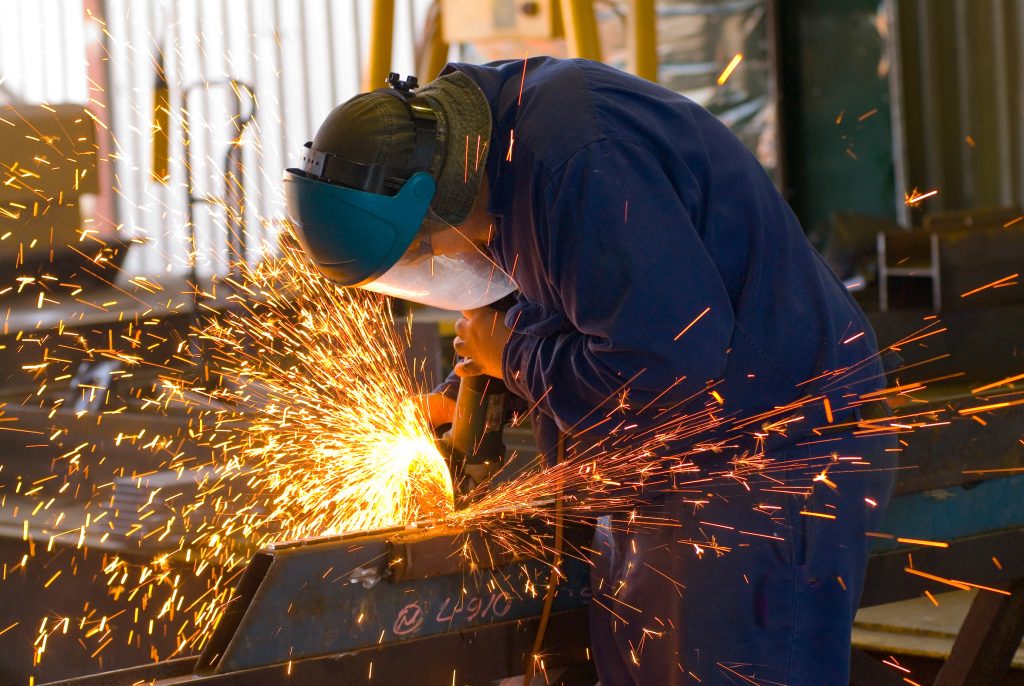 How do I become a boilermaker?

The bulk of your training to become a boilermaker will take place through real-world training. That means there aren’t too many academic requirements to enter into this industry. The most important thing is to make sure that you have a high school degree or the equivalent of one.

You may also consider taking some classes at a local community college or technical school. You could even pursue certification or an associate’s degree in a field like welding. Doing so could help you stand out when the time comes to look for a job but it isn’t mandatory.

The vast majority of boilermakers train for the job by completing an apprenticeship. These provide the chance to work alongside experienced boilermakers while they teach you the real-world skills that you need to have to be successful in this position.

Boilermaker apprenticeship programs typically take about 4 years to complete. In one, you’ll learn:

You can find a boilermaker apprenticeship program in a few different places. For example, they’re often available through local unions and non-union contractor associations. Or you could find an apprenticeship at a local technical or trade school.

Often, apprenticeships that are found through local schools involve an in-classroom and an out-of-classroom component. These are great because they give you the chance to learn the theory behind the tasks that you’re completing in the real world.

What are the top areas hiring boilermakers?

Ohio is the next state on our list with 750 boilermakers working in the state. That’s not a huge number, but it’s still good for third in the entire country. It shows that the demand for boilermakers isn’t quite as high as it is for many other types of industrial jobs.

California ties with Ohio for having the third-most job opportunities for boilermakers in the United States. It’s also home to 750 boilermakers who make an average of $81,630 per year. That average salary number is quite a bit higher than the overall average income for a boilermaker, which is about $65,360.

New York claims the final spot on our list. It’s home to approximately 610 boilermakers. The average income for these employees is about $43.79 per hour or roughly $91,090 per year.

What are the best metropolitan areas for aspiring boilermakers?

If you’re serious about wanting to become a boilermaker, then you’ll likely want to look for your first job in a metropolitan area. That’s because the demand for boilermakers nationwide is much higher in cities and their surrounding areas than it is in rural places. For example, check out this list that shows the top metropolitan areas for boilermaker job opportunities:

What non-metropolitan areas have the most opportunities for boilermakers?

There are some job opportunities available for boilermakers in non-metropolitan areas. But, for the most part, these aren’t very concentrated. They tend to be scattered throughout states instead. This can be a challenge for people who would like to live a rural lifestyle while still working as a boilermaker.

That being said, there are a few non-metropolitan areas with some concentrated job opportunities for boilermakers. It’s a short list, but here it is:

Unfortunately, those are the only two non-metropolitan areas that the Bureau of Labor Statistics lists on its boilermaker data page. But that doesn’t mean these are the only rural places that have jobs available for boilermakers. It just means that you may need to cast a wider net throughout your state if you want to be a boilermaker and not live in or near a city.