How Much Do Machinists Make?

Home » Resources » How Much Do Machinists Make?

If you’re a technical person, you don’t need to earn a college degree to find a nice career. Instead, there are plenty of excellent opportunities to consider in the industrial sector that require no college degree whatsoever.

For example, you could become a machinist. Machinists make a solid amount of income and can work in a wide variety of settings. Deciding to become one could be the end of your career search.

What factors can influence how much a machinist earns?

It’s important to start this overview of machinists’ income with a caveat: the amount that you can earn in this field can fluctuate based on several key factors. Each of these is discussed in detail below.

The job title of a machinist can be fairly broad. It includes skilled industrial employees who work in a variety of sub-industries. For example, some machinists work in transportation, manufacturing, and even aerospace. The specialty that you choose could have a big influence on your earning potential.

This means that if the pay is your most important consideration, you should pick your area of specialization carefully. Keep in mind, there could be some trade-offs between the number of job opportunities that are available within a certain specialty and the income earning potential in it. Often, jobs that pay the most are the hardest to get.

It’s technically possible to become a machinist without any formal training. Some facilities will hire workers straight out of high school. However, if you don’t go through any training, you could limit your earning potential down the line.

Generally, employers are willing to pay more for workers who they know have a specific benchmark set of skills. The best way to prove that you have such a set of skills to potential employers is by completing an apprenticeship or trade school program in industrial machinery.

The state that you call home can also play a big role in determining your pay as a machinist. There’s a higher demand for machinists in some states than there is in others. Additionally, machinists are like all workers in that they usually make more in areas where the cost of living is higher.

Your level of experience can impact your earning potential as a machinist just as would impact your earnings in any other field that you pursue. The general rule of thumb is that employers are willing to pay more for employees who are experienced in their line of work.

That makes sense. If an employee has spent many years in a certain industry, they can often be considered an expert in that industry.

The bottom line is that you’ll make less when you’re just starting as a machinist. But as you gain experience in the field, your income should keep increasing up to a certain point. 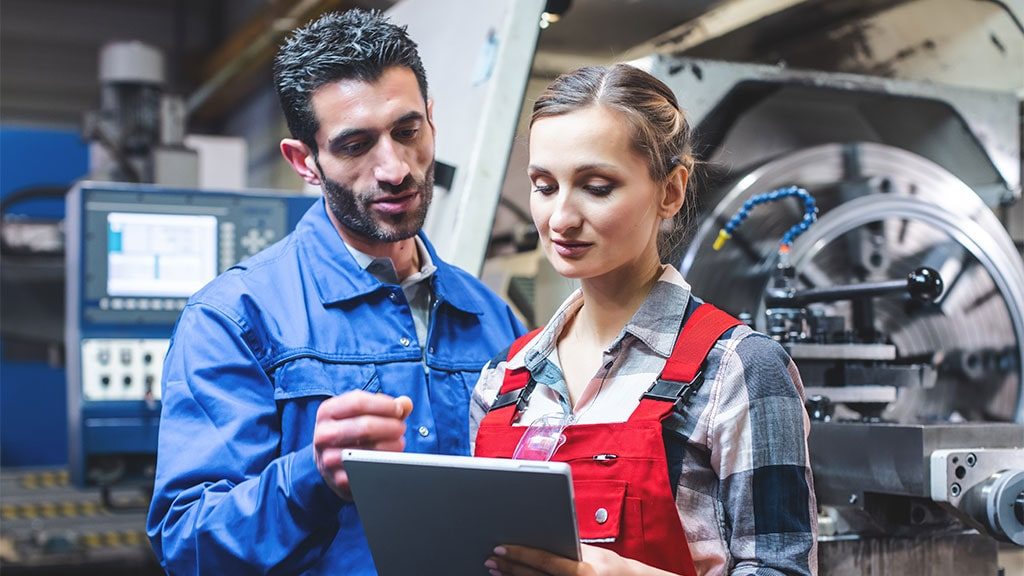 How much do machinists make per hour?

The national average hourly pay for a machinist is $22.62. But the amount that you earn as a machinist can fluctuate a bit based on some of the factors covered above.

For example, a machinist in California will earn $23.99 per hour on average. But someone of similar skill and experience may make just $19,38 per hour in South Carolina.

Of course, it’s important to keep in mind that it costs much more to live in California than it does in other states, such as South Carolina. So your purchasing power as a machinist may be pretty similar across state lines even if the hourly rate you’re paid fluctuates.

What’s the average yearly salary for a machinist?

According to the Bureau of Labor Statistics, the average yearly salary for a machinist in the United States is $47,040. That compares favorably to many other positions that don’t require a college degree.

For example, the national average annual salary for someone with just a high school diploma is $38,792. Even someone who has completed some college but has no degree earns an average of just $43,316 per year. That means machinists have a pretty solid earning potential among employees with a similar level of academic training.

Does my salary depend on the type of work I do?

Your salary as a machinist can depend on the type of work that you do. Here’s a breakdown of some of the most common sectors for machinists and what the average annual pay for each is:

This means that you’ll want to pick your specialty carefully while you’re training to become a machinist. Just be sure to balance the number of job opportunities that are available in your area of expertise against your expected pay from them.

It may sometimes make more economic sense to pick a lower-paying specialty if you have a much higher chance of finding a job in the sector.

Where are machinists paid the highest?

However, there are very few job opportunities for machinists in these areas. The total number of machinist jobs available in Urban Honolulu and Anchorage combined is just 320.

That means your best bet may be to look into an area that has a ton of job opportunities for machinists and pays them quite well. If this is your goal, then the Philadelphia-Camden-Wilmington metropolitan area might be the place to go. There are more than 4,000 job opportunities for machinists here and the positions pay an annual average wage of $61,250

Is there a large difference between machinist salaries in cities and rural areas?

Machinists in urban areas often make a bit more than those who work in rural places. That makes sense when you consider that living in a city tends to cost more than living outside of one.

For example, the highest-paying non-metropolitan area for a machinist is Northern Indiana. Here, machinists make an average of $47,620 per year. There are at least 15-20 urban areas where machinists make more than this. That’s a list that includes:

Once again, just because you can earn more in a city doesn’t mean you will have more purchasing power in one. As you consider your earning potential, you need to also be thinking about your expenses. If your cost of living is much lower in a rural area, then you may not notice the decrease in pay.

How much do machinist apprenticeships pay?

One of the most common ways that machinists train for their career is by completing an apprenticeship. Apprenticeships allow aspiring machinists to learn directly from an employee who’s an expert in the field. These programs allow machinists to earn an income while also developing the skills they need to become full-fledged machinists one day.

That being said, you shouldn’t expect to earn as much as a full machinist while training to become one. The national average annual salary for a machinist apprentice is $35,744.

But don’t worry, that figure is only temporary. Once you complete your apprenticeship, you should begin earning a rate that’s much closer to the national average salary for machinists.